Movie Theaters: how do they make their money? What does that imply about movie distributor contracts with theaters?

On the contrary to popular conception, the movie theaters themselves rarely make any money of the tickets of the movies that they are showing inside the theater.  So how do theaters make their money?  Concession Margins.  Most of the theaters’ money comes from concessions.  Theaters can stay in business because the profit margins on drinks and food is so high.  Fountain drinks cost pennies to make, including the cup/lid/straw, so profit ratio is massive.  Popcorn is likewise really cheap, and they also charge a huge markup for it.  Their fixed costs with employees also leads to zero marginal costs for movie theaters in regards to selling concessions.  As Time magazine puts it in 2009, “Movie Theaters make 85% profit at concession stands”. 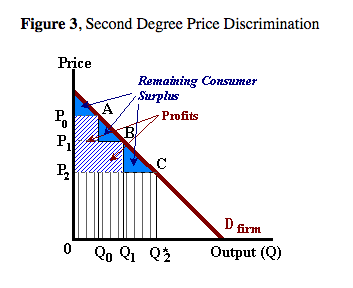 In the case above, the seller charges a higher per-unit price for fewer units sold and a lower per-unit price for larger quantities purchased (hence why theaters still implement family deals to attract customer initiatives.  The seller is attempting to extract some of the consumer’s surplus value as profits with residual surplus remaining with the consumer over and above the actual price paid.  Thus, high margins under a movie theater framework.

In movie distributor contracts with theaters, the movie studios leases a movie to the the local theater for a set period of time.  Movie distributors make deals with the theaters in regards to tickets, and there are several terms that are agreed to: Set figure negotiated by the theater to cover basic expenses each week, percentage split for next box office is set (amount of box office left after the deduction of house allowance), percentage split for gross box office is set, length of engagement set.

For example, I pay $10 to go see La La Land at my local theater in their opening week, in which the the first week or two of the showing the theatre itself gets to keep only 20-25% of that $10 per unit.  As the theater moves into the third and fourth weeks of release, the percentage starts to swing anywhere from 45%-55% that the theater gets to keep.  Usually towards the end of the movies lease, the audience number starts to really decrease and the higher percentage allocation towards theater at that time means really little.  More often than not, the theaters itself are willing to lose money in the first week or two of a popular movie opening (giving distributors higher percentages) so they can generate higher volume in  people going to the concession stands, where the margins are high and they keep 100% of the profits.

Different films make different deals with theaters, so the exact percentage is different from film to film, but it always involves theaters agreeing to a small cut at the start and an ever growing percentage over time.  Ultimately, the real money for theaters comes from their concession stands, despite their actions to generate revenue from ticket sales.  For movie studios, they are more concerned with revenue maximizing rather than profit maximizing based on the structure of the studio/theater arrangement.